Is it a weird conflict of interest to write a review of the Fantasy book series of which I'm narrating the audio versions?

I'm going to say No, on this technicality: I'm not reviewing my own narration performance, but the books themselves, as written. My Audiobooks will be reviewed separately by other parties, as they should be. Yes, by writing a positive review, I hope the book sells more copies, but I didn't write these books; I was engaged to narrate them and found that I really loved them.

So here is my capsule review of the 1st two books in the series, THE BLUE DRAGON'S GEAS-- OUTCAST (Book 1) and THE BLACKGUARD (Book 2), written by Cheryl Matthynssens: 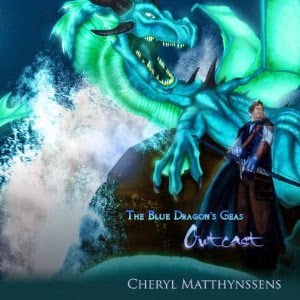 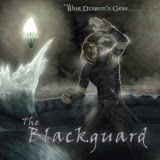 Star Wars set in the Roman Empire? Lord of the Rings where the Wizards are Dragons and the Hobbits are Native Americans? Harry Potter with Prostitutes? A medieval DUNE? Romeo and Juliet meets The Clone Wars? Well, not exactly. All of the best elements of familiar Fantasy epics are on display here, but nothing is cribbed from another Universe-- Ms. Matthynssens has crafted her own entirely unique World out of elements that feel vaguely familiar, but which are ultimately entirely her own.

Although set in a far-off fantasy world where dragons (descendants or gifts of the Gods) and magic are real, THE BLUE DRAGON'S GEAS could well be set on Earth in an age somewhere between Ancient Rome, the European Middle Ages, and the American Old West. Real-life issues of love and sex, honor, family, conquest, war, racism, classism and tribalism, plus the otherworldly elements of Magic, Mythical Creatures, and Gods-- have been combined into a highly gripping Epic Coming-of-Age Story that isn't afraid to get dark or sexy when the mood requires. Our hero Alador rides an emotional and physical roller coaster and we, the readers, are lifted and plunged into his peaks and lows right along with him.

Don't be misled by the first paragraph: My comparisons to those other works are meant as the highest compliment. In today's world, where no story seems fresh or original, BLUE DRAGON has managed the nearly impossible feat of taking timeless lessons and elements of great epic tales and making them new all over again! (And besides, I'm not sure anyone COULD purposely combine all those different works into a tale this strong and coherent.)

Although adult themes of sex, murder, slavery, etc. are woven through the narrative, they are generally tastefully depicted in a realistic way. This is one of the best aspects of the series: while not gratuitous, it doesn't shy away from more mature content. This is no children's Fantasy series, but teens 13 and up (as well as all adults) will probably enjoy these books immensely-- in fact, young people will benefit most from the lessons of acceptance, equality, and justice that are the books' essence-- ironically shown mostly through the tragedies that result when these are NOT the norm.

Anyway, there you have my honest review of the first 2 books in the Fantasy series, THE BLUE DRAGON'S GEAS, by Cheryl Matthynssens.

The Audio Book of OUTCAST, book 1, is already available on Audible, Amazon & iTunes, and THE BLACKGUARD is already available in written form and the Audio Version should be released within a month! If you are good friend of mine, I might even give you a free download! :)