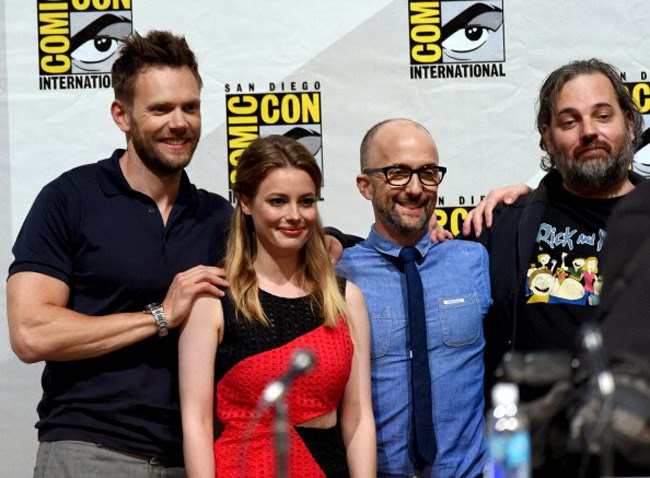 
COMMUNITY. So brilliant. Became the smartest self-aware comedy on TV sometime near the end of Season 1. Seasons 2-3 were Epic. Season 4 mostly sucked due to the firing/resignation? of Harmon, but 5 was back up to speed.

If you're looking for a great comedy series with incredibly talented actors & writers, and haven't watched this series, it's a good time for a Marathon! :)

Joel McHale FINALLY gets a role perfectly suited to his wise-ass charming, faux-smarmy self. Alison Brie & Gillian Jacobs finally got to dissect and mock the  ingenues and stripper roles they'd been stuck in previously. Danny Pudi is brilliant as the hyper-pop culture-aware nerd who just might be God, and Donald Glover as his dim-bulb unlikely best bud provides an amazing foil for his ridiculous antics. The rest of the cast is brilliant (sorry, don't want to shortchange anyone but this is long already), especially Chevy Chase as the frequent antagonist to the group-- when he gets to play the villain, it's some of the best work he's ever done.

Congratulations, COMMUNITY! Keep it up! 6 Seasons and a Movie!