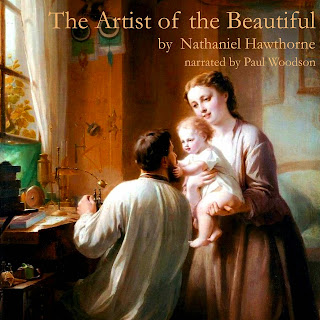 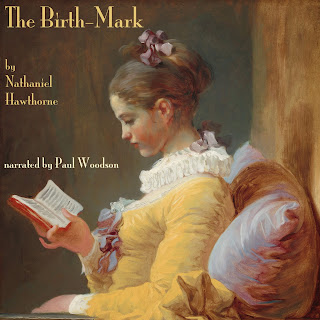 2 Classic Short Stories by Nathaniel Hawthorne, THE ARTIST OF THE BEAUTIFUL, and THE BIRTHMARK, are now available on Audible.com, narrated by Paul Woodson!

These 2 stories complement each other well, as they both feature the rich romantic prose of Hawthorne,  and address Hawthorne's much-visited topic of Man vs. Nature, delivered passionately and flowingly by classically trained actor and narrator Paul Woodson.

In this classic Hawthorne short story set in the late 18th century, the ambitious young scientist Aylmer cannot bear the fact that his otherwise flawlessly beautiful wife Georgiana bears a tiny birthmark on her cheek, an imperfection that he believes his scientific methods can cure. Devoted wholeheartedly to her husband, Georgiana allows Aylmer to work his scientific wonders upon her, so that the blemish no may no longer torment him. But tampering with nature can prove a fearful business….

THE ARTIST OF THE BEAUTIFUL:

Obsessive, reclusive, artistically inclined watchmaker Owen Worland spends his entire life trying to capture natural beauty in his scientific inventions. But he is frequently discouraged and set back by the interference of the townspeople, his former master, and the lovely Annie Hovenden. Will Owen ever fulfill his life's goal and create the ultimate perfection?
Posted by Paul Woodson at 5:11 PM